Unintended Consequences Abound During the Financial Crisis of 2020

This isn’t a “May 15th comes around and everything goes back to normal” event here in Michigan. We’re all seeing so many different things going on right now in our economy and even our own local communities. There is so much uncertainty and LARGE fluctuations in the many markets (bonds, equities, precious metals, oil, etc.) around the world daily.

Stop the Bailouts = Politically is bad (probably why they won’t)

Destroy the Dollar = Inflation and loss of purchasing value.

Prepare for the Extended Tax Season With Your Rental Property: These Forms Make it Easy!

Leasing Rentals During the COVID-19 Crisis: How to Stay Safe, Distant and Successful

Can the Fed Save a Sinking Ship (Economy)? 2020 Financial Crisis 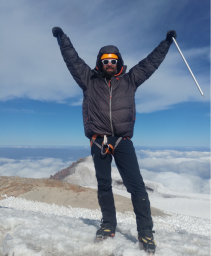 Justin Bajema, CPM® is the Founder & President of Access Investment Group, LLC and Access Property Management Group, LLC. He holds the coveted CPM® designation from the Institute of Real Estate Management (IREM).His love for everything Real Estate and business began with one book sent to him while he was returning back from the war in Iraq in 2003, "Rich Dad Poor Dad" by Robert Kiyosaki.Justin is a proud U.S. Marine combat veteran who served 2 tours in Iraq as an infantryman. He received the Purple Heart from Commander in Chief President George Bush for his wounds received in action while fighting in Iraq.He has successfully put together numerous real estate investment holdings from single-family homes to multi-million dollar apartment community deals.

Please log in again. The login page will open in a new tab. After logging in you can close it and return to this page.